Trehadiri is the most common type of hull in the Aegean and the one of the oldest types of small boat to be built by the Greeks (mid 17th century). It has a sharp stern and a high bow with intense curvature. Typically, a trehadiri has a broad beam, wide hull and small draft. Its displacement varies from 3 to 40 tons. Its stability, capacity, ability to approach safely and at the same time the ability to sail in the open, contributed to the success and popularity of this particular boat type.

In the past, trehadiri boats used only their sails. From 1920s onwards, sails are replaced by inboard diesel engines. The original structural form was kept without major alterations because it was fit for purpose, (e.g. fishing, coastal trade and transport).

Built in Salamina in 1925, Nikolaos S was mainly used as a fishing vessel (grigri). Today it is displayed at the Museum of Maritime Tradition in Perama. 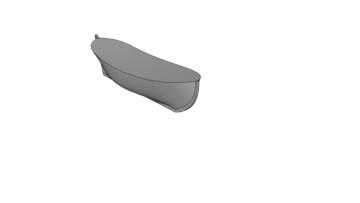 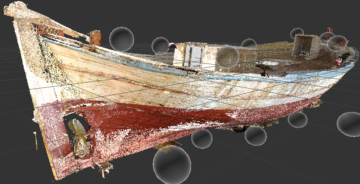